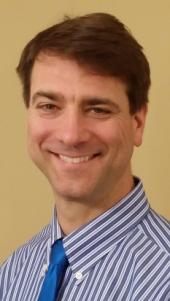 Dr. Gear heads up our Phoenix Weight Loss staff and fights his own obesity daily.  Want to know more?  Read on!  He earned his Osteopathic medical degree at Des Moines University and then completed his Emergency Medicine Residency through the osteopathic program at Provident Cook County Hospital in Chicago.  Dr. Gear started med school with "Six-Pack Abs" and finished with whole "Keg"!  After that, it was a roller coaster of weight gain and weight loss.  He was a Captain in the Army for almost 8 years without promotion despite awesome officer reviews and accolades due to his excessive weight and being unable to complete the 2 mile run.  He did eventually get promoted to Major, but not until after trying several fad diets and unsafe diets like the HCG starvation diet - and the weight always came right back!  He finally learned about the American Society of Bariatric Physicians (ASBP), now known as the Obesity Medical Association (OMA) and, after attending several of their meetings and educational programs, he learned what it takes to lose weight safely and to keep it off long term.  He directs our staff training so everyone has something to add to help you on your path to optimal health!  Dr. Gear's passion for weight loss and education is infectious for this wonderful and maintainable Phoenix Lifestyle!  In fact, in 2015 he was recognized in Washington, DC, by the OMA with the Vernon B. Astler award for his outstanding contributions to obesity medicine on a national scale.  How cool is that???

Thank you for contacting us! If needed, you will hear back within 48-72 hours.
View on Mobile